Sometimes it seems odd how routes go in and out of fashion. Occasionally you get on a route that’s an absolute classic and wonder if it really deserves that status. Other times you get on a route that’s faded into obscurity and wonder why no-one ever does it. Yesterday, Dan and I had a go at Cécile et la Mésange on the Aiguille du Peigne, a route that’s decidedly in the latter category. It’s a typical Chamonix ice and mixed line, offering both pumpy but well-protected mixed and some bold, thin ice smears. It’s also just a short walk away from the Plan d’Aiguille cable car station, making the route do-able lift-to-lift if you don’t faff around too much. Overall, it’s a fun little route that’s well worth checking out. Get on it before the next snowfall and you’ll also have a nice track to benefit from!

The line in all its glory with mixed variations shown in green. We found sufficient ice to avoid the first variation but took a fun mixed variation in the upper section. (Photo: Camptocamp) 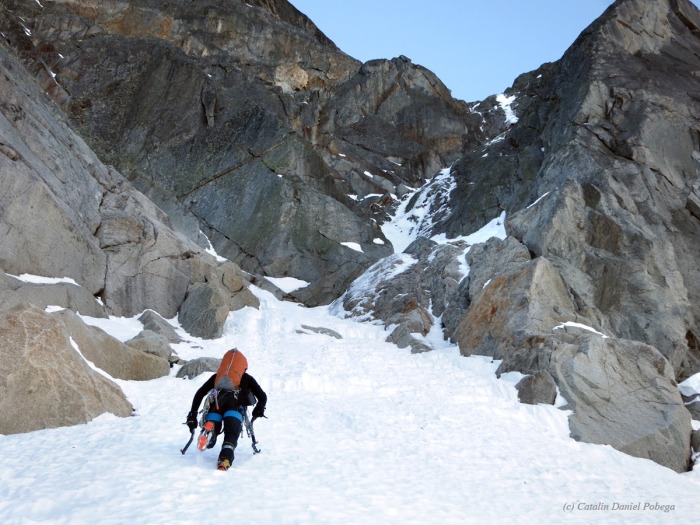 Fun, easy climbing up to the base of the first proper pitch. It’s almost disturbing how good it felt to climb squeaky névé after going so long without it! (Photo: Daniel Pobega) 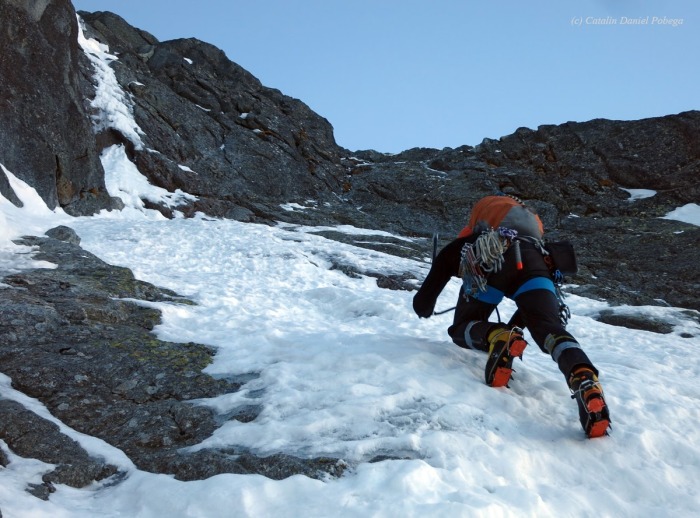 Approaching the first proper pitch. It can be climbed direct using the ice fall or via a mixed corner on the left. We wimped out and chose the mixed. (Photo: Daniel Pobega)

Getting stuck into some fun mixed! (Photo: Daniel Pobega)

It’s well-protected but pretty pumpy and worth a solid M5. (Photo: Daniel Pobega) 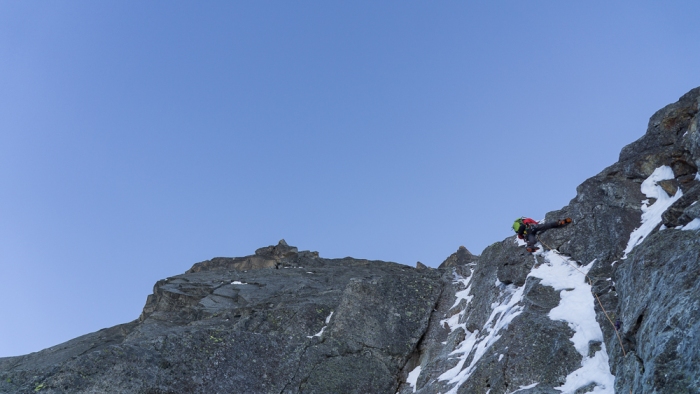 Dan working his way up the second crux. Thin, but just enough for it to go. 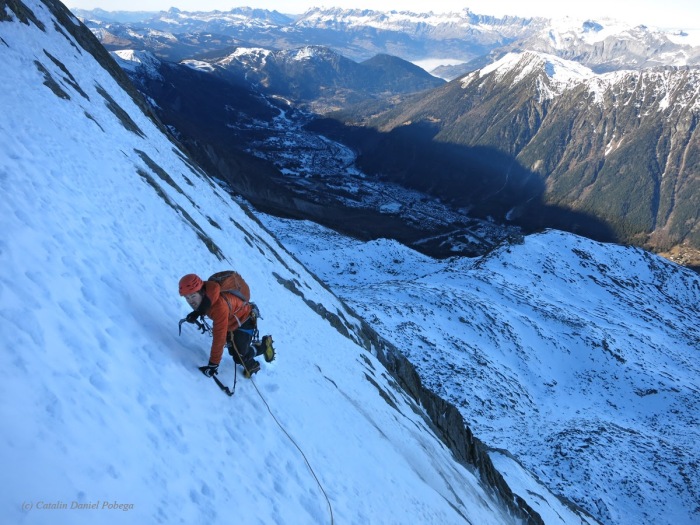 Ueli Stecking it up to the base of the ice smears. (Photo: Daniel Pobega)

Fun times on the ice smears. Nothing too hard but there’s not much in the way of gear, just a couple of very marginal wire placements. You wouldn’t want to fall! (Photo: Daniel Pobega)

Getting stuck into the final pitch. A great little adventure, questing into the unknown, unsure where we should go. Not sure if we took the ‘right’ line, but we found a fun sustained 50m pitch at about M4 with a few bold sections to keep things exciting. (Photo: Daniel Pobega) 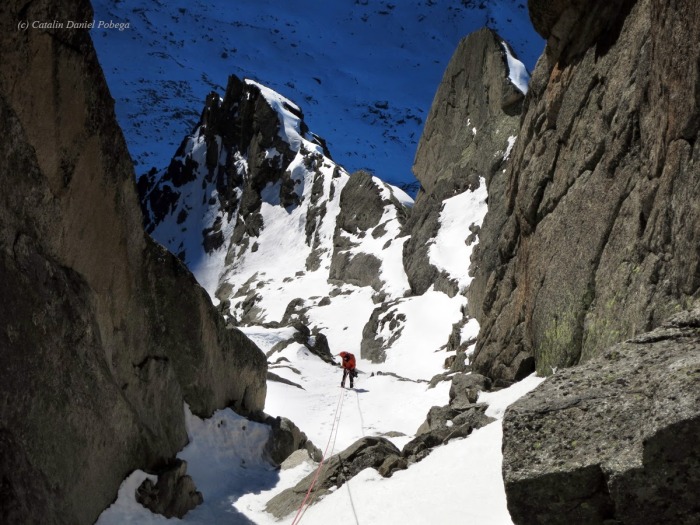 Rapping down the Beuf-Sara couloir as we rush to get the last lift back to Chamonix. This isn’t the recommended descent (I thought we were heading down the west couloir of the Papillons – we weren’t… sorry Dan!). Despite being the ‘wrong’ descent line, it worked out pretty well and involved mostly easy down-climbing with just 3 rappels to get past some steeper sections. (Photo: Daniel Pobega)

Running back to the Midi. We missed the last official lift by just two minutes (!) but got lucky and were welcomed onto the workers’ lift going down a few minutes later. Merci Compagnie du Mont Blanc! (Photo: Daniel Pobega)